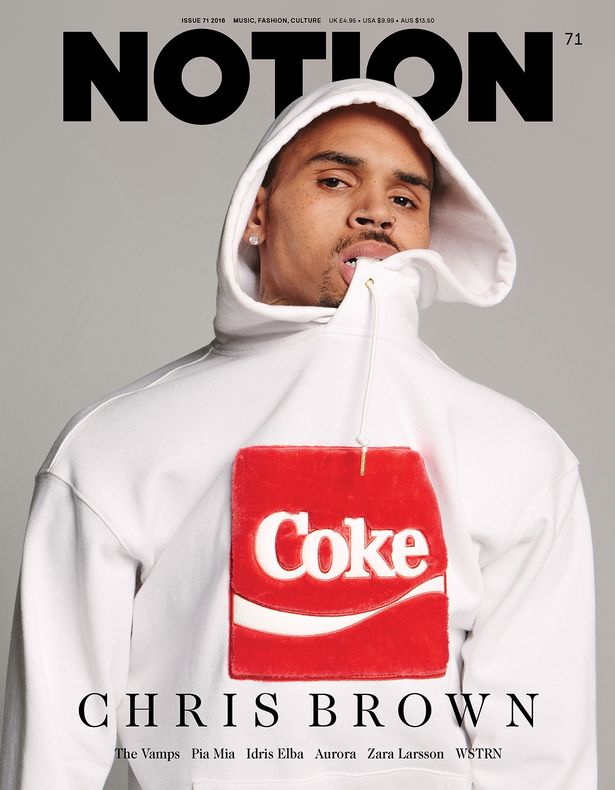 As Creative Director and Editor, Alexis was responsible for the relaunch and rebranding of NOTION Magazine, leading it to hit the iTunes number 1 spot in sales across music and lifestyle press.

Notion Magazine is an internationally distributed, digital and printed quarterly 300 page magazine, dedicated to music, fashion and culture. It pioneers and champions new talent as well as presenting existing super stars often in a light or an opinion undiscovered.

As Creative Director and Editor Alexis took on the role for an 18 month project and was responsible for the full rebranding and redirection of the magazine.

This included creating full editorial teams, design teams and marketing teams, whilst leading them to completely overhaul the existing Notion Magazine brand and product, including its social media, website, design as well as editorial content.

As Creative Director and Editor Alexis was responsible also for all content, ensuring that NOTION featured editorial and people to be featured that hit its varying target audiences across sales, as well as marketing and further printed press to help ensure greater brand awareness. She chose for Notion to have four covers per issue, which ensured diversity of readership through the artists selected to be featured.

Notion Magazine not only now has a greater increase and engagement in social media than ever before, but  also has a pioneering digital version of its issues, allowing further exclusive digital content to excite fans and readers as well as opening further marketing opportunities across its digital production capabilities.