David Downton is an absolutely amaze fashion illustrator who has an artist residency in Claridges, and now he has announced he is hosting his own exhibition in Claridges during London Fashion Week of all his phenonmenal drawings, which have only previously been published on vogue.co.uk.

This is the man himself! 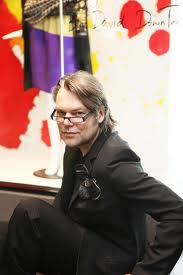 David has been a real inspiration to me, especially when I studied fashion illustration and graphic design at an arts university in Oxford, part of De Montfort University. My favourite and best module was fine art and I quickly became increasingly motivated by the talent, intricacy and quirkiness of David’s drawing. Looking back, so many of my portraits throughout my three years at uni have aspects of David’s key drawing traits.

David began his career as a freelance artist, but got his big break when he was commissioned by the Financial Times in 1996 and from then, it has been success after success! Now he is a fashion illustrator for all the biggest fashion shows, has drawn the worlds most beautiful women and has commercial clients of many global brands. In 2007, David launched Pourquoi Pas? the first ever journal of Fashion Illustration.

These are just some of the examples of how major his work is: 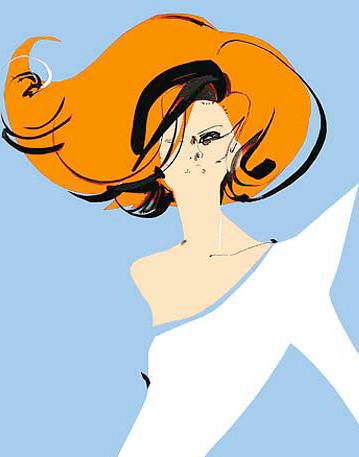 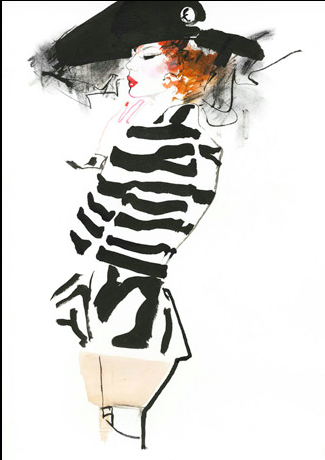 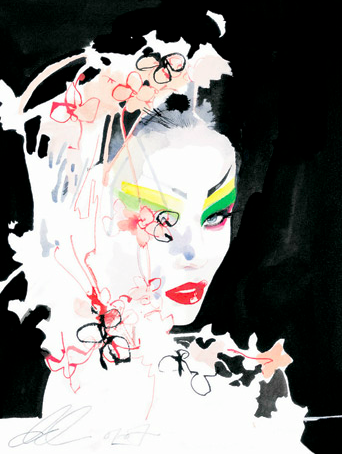 I love these prints particularly his choice of colours and how the strength, class and attitude of the women is so subtly portrayed through the drawing.

David has also done countless portraits of some FIERCE women with my favs being the absolute queens of fashion: Joan Collins and Ana Piaggi. 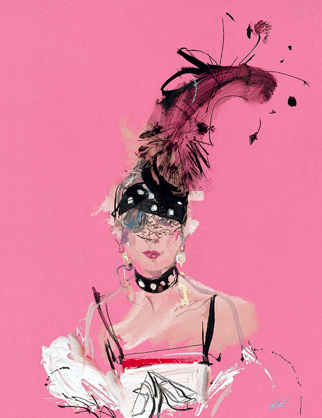 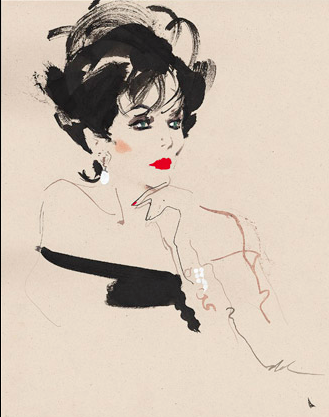